What is the role of a coach? Part 1- Neil MacPherson

Posted in From the Coach 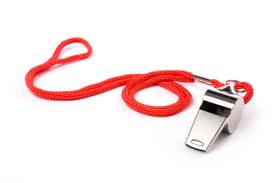 When asked about my profession the subsequent question to my reply of “I am a coach” is often, “so you do sports science,” or “so you work at the Sports Science Institute.”  This confusion and misunderstanding of what a coach is can hardly be surprising given that even amongst the sporting community there is a degree of uncertainty as to what is involved in Coaching.

What is meant by the term coaching? What are the roles, actions and responsibilities of coaching? What influences the coaching environment? In short what do we understand coaching to be?  In its desire to be recognised as a profession coaching has looked to other disciplines, such as teaching to gain a “curriculum” a clear and concise definition of what the coaching concept is. The reality is however that coaching is complex task that has to be considered and evaluated on its own terms.

The next 3 weeks will look at WHAT a coach does, HOW he/she does it and WHAT happens when the plan changes.

The first role of a coach is to be to be responsible for improvement in performance of the athlete.  While this may seem quite cut and dried it is not quite as simple as it first appears.

If we consider the coaching role in the environment of a development triathlete, or a junior triathlete, a coach may feel he has some responsibility to develop the athlete on a holistic level, and to encourage good sportsmanship in addition to physical performance.  A coach may feel that developing the confidence of a young athlete or their appreciation of the sport will in the long term allow for improved times and levels of competitive performance.  If this is the case then it can be argues that it is possible to have succeeded in the objective without improving on times / placing / etc.

An athlete preparing for international competition is going to be more focused on the tangibles of performance but again do we claim success on the basis of the individuals’ performance or do we look to placing in races?  If an athlete has made improvements in time and speed but has not made inroads relative to the competition is that success?

A further consideration is time frame.  There are occasions where the coach feels that in the long term there may be benefits to focusing on technique in an identified area of weakness which may result in a period of limited improvement (having to take a step back before you can go forward).  Against this there is the pressure to record wins which would be risked by focusing on technique.  If a coaches (and athletes for that matter) financing via sponsorship lottery funding etc is dependent on a certain win ratio then the pressure to focus short term is immense.  This can lead to limited success in the short term at the expense of long term improvement.

The coach is in an un-enviable position of being held accountable (along with the athlete) for results when in fact they have limited control of all the factors both internal (athletes own ability, funding,) and external, (competing athletes, rule changes, environmental conditions; expectations).

So if that is the primary role of a coach, and for which he is accountable…then HOW does he do it?

Find out next week…