Racing in Europe as an Age Grouper – by Tracy Markham 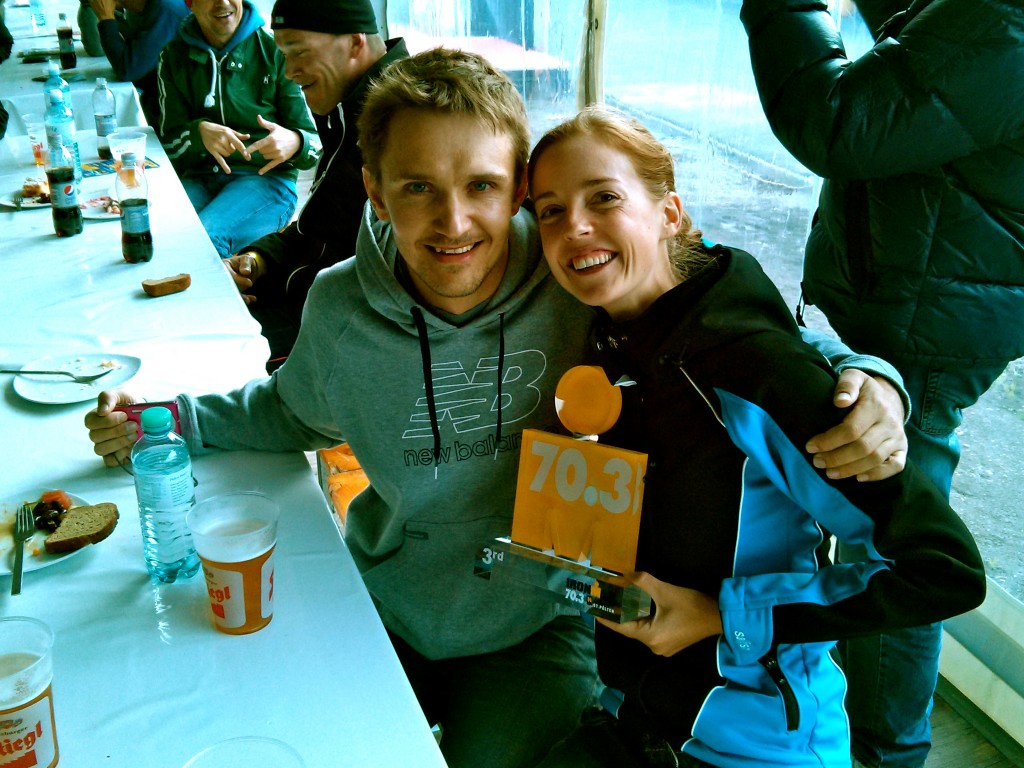 Having previously competed overseas I was confident that I knew the ins and outs of international racing…I was wrong. Racing in Austria taught me a whole lot of new and exciting thing that I hope those of you considering racing overseas will find helpful.

If you don’t speak the language then take a dictionary

Landing in Vienna, Austria with our bikes was easy enough, and thanks to the wonderful service of Nirvana Europe (thanks Paul), we were met by a lovely women who put us on the transfer bus to St Polten.  The bus driver, however, did not speak English. This was a problem. The 90km trip to our hotel therefore took 4 hours and involved much swearing (the bus driver), multiple stops to ask for directions, lots of arm waving and gesticulating and eventually following another car to our destination. This all could have been avoided had we spoken Austrian, or had a dictionary on hand.

We had decided to race in Austria because we were told it was beautiful and that Austria was lovely in spring. Ha. Ok, I must admit that St Polten is a gorgeous town and the course took us past amazing sites but spring…if that was spring then I am a Western Leopard Toad. I have actually never been so cold in my life, and was totally unprepared for racing in those kinds of temperatures. Thankfully the race organizers canceled the swim due to it being so cold and due to the snow (!!) on the mountains. The bike and the run still had to be tackled so many of our already sparse (thank you exchange rate) Euros were spent at the expo buying anything and everything that could protect against the cold. Not only did it mean that we were a few Randelas down, but also we had become “those people”. You know the ones, the people that are covered in head to toe in Ironman branded clothing. Cringe.So my advice is that if you are not completely confident in the weather then pack for all occasions.

Have a support crew

I don’t mean a mechanic and a massage therapist, although that would be nice, I mean some people who can help with making the before and after race moments less stressful. Racing locally, where you understand the language, have your own transport and know the cultural do’s and don’ts makes you forget how complicated an event actually is! You forget that 5km from the hotel is actually quite far to walk (especially when it is zero degrees outside) and that after the race you have to get all your stuff back to the hotel. Also, not only is the travelling quite tough but also just booking a hotel presents potential issues. Europe’s grading system is VERY different from South Africa’s and should you book a 3 star, thinking it is going to be ok, you might end up in a match-box sized room having to store you bike in the shower ( this is exactly what happened to one of our fellow athletes).  Having someone that knows the hotels and area and has a car equipped to transport bikes is a serious win. You do need to pay for such services but the Euro’s spent are worth it. You really don’t need to worry about anything!**

It’s not only about the race

Yes, you travel thousands of miles to put your body to the test but at the end of the day there is so much more to enjoy and experience. Gareth and I had the privilege of getting to know (amongst others) a Brit, a Scot and and Aussie and enjoyed spending our post-race time with them drinking red wine and laughing over ridiculous card tricks (thanks Pete). We made new friends, saw new things and made new memories.

Ironman 70.3 St Polten started as a race and ended as an experience, make sure your trip does the same.

**Give Paul Kaye a shout for more info.  info@focusonthefinishline.com