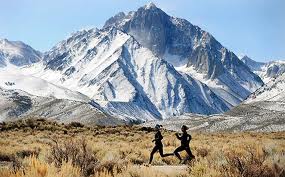 For many athletes this is a relatively new term. The reality is, however, that altitude training has already been around for quite a few years and many athletes already subscribe to this type of training – one of the most notable being 2013 Tour de France winner Chris Froome. Froome was recently quoted as saying that he and his entire team had slept at high altitudes on top of Volcanoes to prepare for this year’s tour.

So, for the new athletes amongst us, what is “altitude training”, and what are it’s benefits?

Altitude training, very simply, is training at a high altitude, preferably over 2,400 m above sea level, where the body then adapts to the relative lack of oxygen. This happens through either increasing the mass of red blood cells and haemoglobin, or altering muscle metabolism. The theory is that when such athletes travel to competitions at lower altitudes they will still have a higher concentration of red blood cells for at least 10-14 days, and this then gives them a competitive advantage.

I can certainly relate to this theory as I recently performed a lactate threshold test at sea level (I normally reside in Pretoria at 1350m above sea level), and found that at sea level I was able to put out a much higher lactate threshold level compared to when I performed a similar test at home. This means that the zones that I got from my test were out by 10 % in Pretoria. (Now you can imagine me trying to keep those levels and pedalling like a maniac to reach them!)

However, the proof of the pudding is in the eating, so for those of you who are looking to put this theory to the test, book yourself a week in the small town of Fouriesburg and hit the Maluti Mountain pass before your next big race – chances are you will see a few other athletes (and possibly some of your competitors!) hard at work.