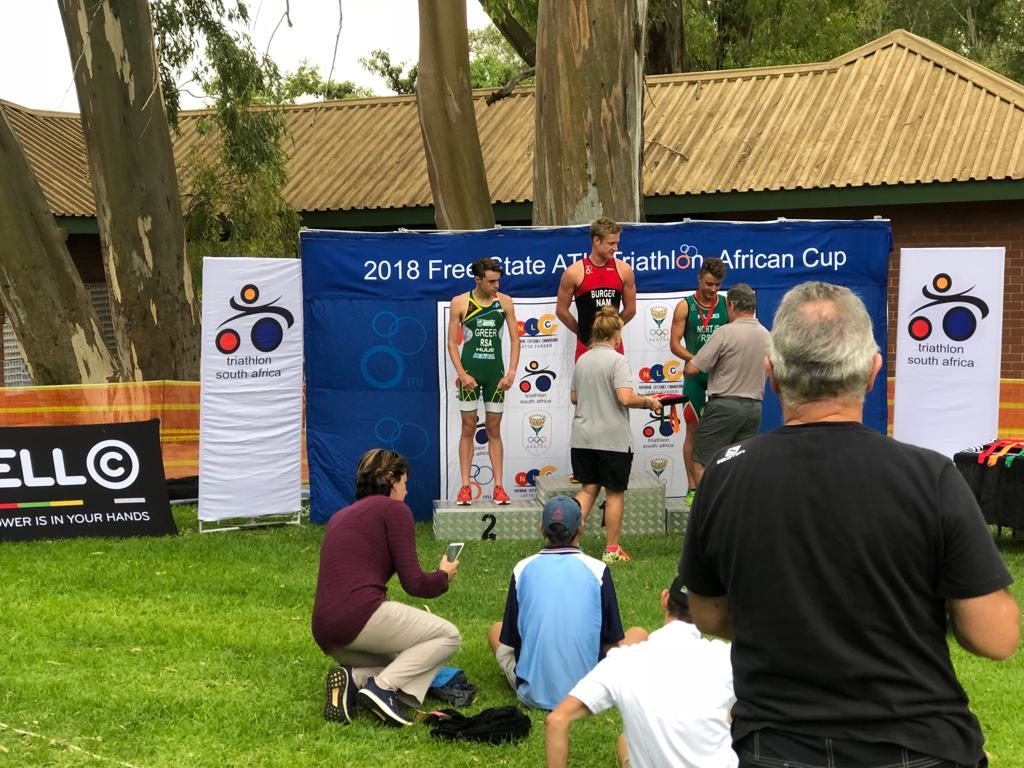 Mathew Greer had a great swim to come out of the Water in 4th place and then road a smart bike to leave himself in a good position to run himself into 2nd place overall behind Namibia’s JB Burger. Mathew was the first South African but because he is under 23 he could not claim the senior title which went down to Nico Sterk who finished in 9th! So Matie will just have to settle for the SA U23 title.

In the Junior race ( it was great to see a strong field of 27 Girls 16-19) Bridget Theunissen put all her training to good use to on the bike and run to hold off rival Tegan Gore and Gizelda Strauss to take the third spot on the podium behind Amber Schlebush and Ashleigh Irvine Smith. Nice to see her taking a well earned medal ahead of so much experienced talent.

The Para race was won overall by our very own David Jones who is a visually impaired athlete. The courage and commitment to race at this level without the benefit of sight cannot be imagined. You have to fully commit and trust in your skills, communication and abilities of your guide. For this reason it is unusual for a VI athlete to be overall winner in Para races and this result where David won by more than 5 min over other VI athletes and para athletes from other classifications is to be applauded.

As is always the case not everthing can go right. Shanae Williams racing Female elite was first out of the water with a 31 sec lead over the 2nd lady and more than 2min’s over the chasing women. However bad luck struck again with another puncture at the far turn around point of the first lap ( 6 * 6km laps with 2km into and out of the resort) Shanea showed incredible courage to run in the 3km to the wheel stop in bare feet change her wheel and continue. In all honesty she was not likely to make up the lost time but she was determined to finish. Coming off the bike the on site medics insisted she get treatment for her feet and she started on the run only to be told by a Marshal after 1 lap of ten 4 lap course that since she had had medical treatment she could not continue. Devastated!

Our Age groupers did well with many achieving PB’s and top 10 results: 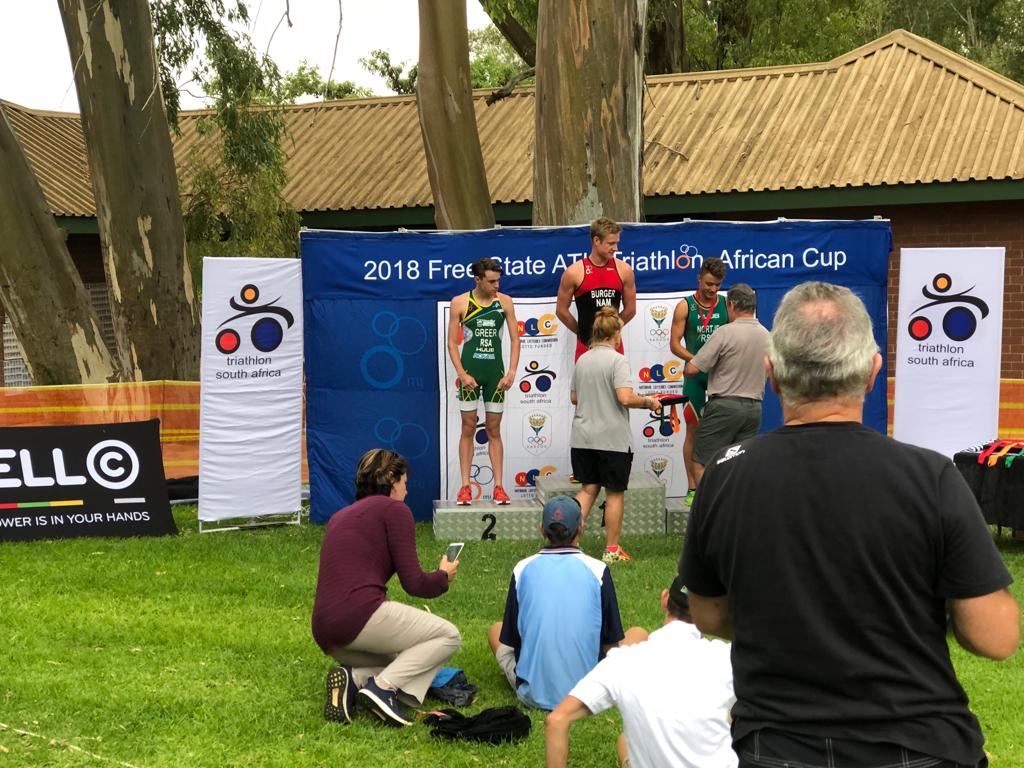