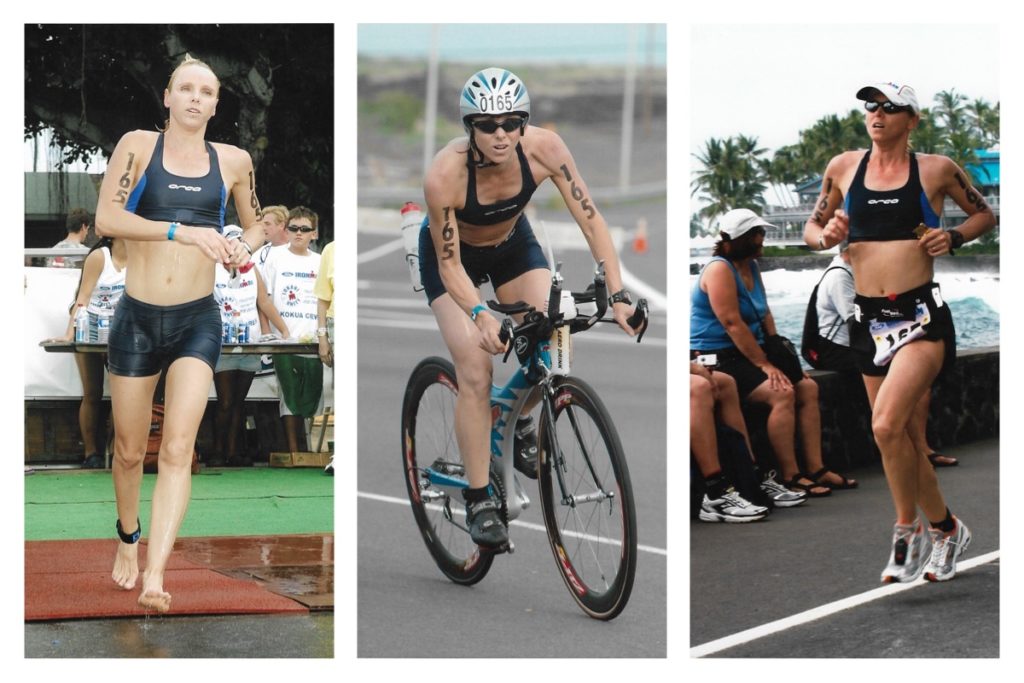 13 Years later and it is still such a vivid memory, what an experience!

It’s taken all of 13 years for another professional South African female to qualify to race on the big island, 2019 will have not one but two SA Ladies lining up. Wishing Both Annah Watkinson and Jeanni Seymour the best of Luck for Saturday and hope they a have as great an experience as I did.

Kona is a bug which gets into your system; you don’t even have to have been in personal contact with a Triathlon to become infected with the Kona syndrome. I still recall watching an Ironman Kona video at a friend’s house back in 2001 before I had considered jumping ship from duathlon to triathlon. That ease of contagion of this virus is just so dammed effective. I was hit, I knew that I wanted to race there, and of course me being me I wanted to race their as a pro.

5 years later I was loading my bike bag into the back seat of an open top Mustang and heading out onto the Queen K Highway to find the apartment we had rented for the week. Five years of giving up work, losing out on opportunities, five years of training and sweat, screams of disappointment and rage at the unfairness of ill timed injury and sickness, five years trying to live the dream and experience the full effects of Kona-itis.

We had travelled for almost 48 hours , snow storms, missed flights, strip searches and lost baggage, but we were there, and the first thing is THE HEAT!

Ok so I had come from Scotland but still….. I remember going out for my first run and being really concerned as my heart rate was 15 – 20 beats higher than normal for my easy pace run. Ok don’t panic, stop and get it under control. Big mistake. My running was the only thing creating anything like a draft. As soon as I stopped the heat collects around you pulsating of the tarmac. You quickly look around trying to find shade, there under that tree a good 2 foot dull grey in contrast to the brightness everywhere else. You jump into it, but it does not address the whole issue, as it is not just the heat, it’s the humidity. No escaping that, so you have to gird your loins and carry on running, don’t look at the monitor, turn the alarm of. No use your pulse is beating against your temples in a sterling effort to create a hole on each side of your head to let the light shine in. Just hang in and try and get back to the apartment, don’t melt!

Next day bright and early we take a walk down to the harbour, the location of THE START OF THE RACE. There is the patch of sand where already 100’s of triathletes are getting ready to go for a swim out into the pacific. This patch of sand smaller than some parking spaces is the infamous “Dig Me Beach.” Now remember to be at Kona you had to qualify. At Kona there are no bad athletes, the 70 year olds don’t just look healthy or even fit, they look buff! Everyone is intimidating and it is not a place for anyone with problems with their own body image.

While at Dig Me it your eye gets drawn to the long line of buoys which seem to continue out past the horizon. That’s right it goes straight out for almost 2km. For anyone who is nervous of deep water that is a scary concept. Out that far in the water the shore is not just a long way away it is not visible! Also let’s not forget that the security blanket of many triathletes, the wetsuit is at Kona, not welcomed. Stressful!

So to get away from the plethora of bodies beautiful and daunting sight of the aforementioned buoys, you take a drive to have a look at the course. This being Kona week Triathletes seem to have right of way just about everywhere and the locals who are savvy enough to realise what the race brings to their community really buy into the race and are helpful in the extreme. Tri Geeks on top end bikes everywhere. This however does not help with the bike course itself. Nasty little climb out of T1, constant undulations along Queen K, the climb up into Hawi before turning back and screwing your courage to the sticking place as you try force yourself to take advantage of the downhill while ignoring the random sideways blasts of wind that try and rip you of the bike. Stunning views, so I’m told never was brave enough to look while riding. Oh let’s not forget THE HEAT. You may not feel it on the bike but it’s there. The 3rd degree burns on the shoulders of cyclists are testament to that.

One part of the course that I ignored so as to prevent having to worry about it before hand was the infamous ENERGY LAB. Bear in mind that Kona is a volcanic Island. (Did I mention the 6.8 Richter scale earthquake that shook things up 4 days before the race?) Now what colour is volcanic lava? Black. So what I hear you ask? What was the first point about Kona? THE HEAT! Now add in to the mix a heat absorbing, radiating black, shade less expanse where you are left to cook and you have HEAT squared. The energy Lab can crush you.

Crossing the finish line I was whisked away and immersed into an ICE bath to try and get my core temperature down from its critical levels, next to me was Natasha Badmann, who had just lost her World Champs status to Michelle Jones, despite this she chatted with me about the race and about Iron Man South Africa where we had last raced, and this is another thing about Kona, it is an equaliser, it has no favourites. Laurie Bowden a previous winner was carried in some time later. Former titles mean nothing to Kona and the athletes know this. You don’t race each other you race two much bigger rivals, you race Kona herself and you race your own self doubts.

Most races if you look hard enough have something unique to offer. With Kona you don’t have to look long at all, she thrusts her uniqueness onto you and dares you.