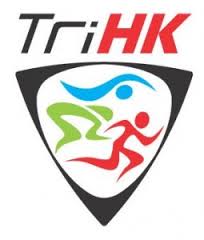 I have been in Hong Kong for just over a year now and since the Festival of Sport was my first race in Asia, I was keen to return to the start line with more training ( thanks to Riana) and a new pretty little bike 🙂

I was not sure how I would feel 4 weeks after the 70.3 in Malaysia, but since there are only a handful of triathlons in Hong Kong and with Riana’s blessing, I entered. It had been raining for weeks and I was getting a little anxious about the very hilly and winding bike course… Luckily, the race organisers were aware of this and when the black rainstorm signal was hoisted, the race was postponed. I love racing, but I was relieved about this decision. One more month to recover (and train) and hopefully less rain on the day.

Unfortunately, my wish did not come true. The day before the race the weather station issued a Typhoon 1 warning, which can mean rain and strong wind. Not again!!! Oh well, you can not change the weather, so I decided to just go for it.

My swim was ok. The water was dirty, I swam into some floating things and I could not see the buoys so well in the downpour. There were also thousands of little jellyfish which made me wonder if there was something wrong with the catch of my stroke. After swimming a few strokes of breaststroke I realised that my stroke was fine, I was just catching little jellies all the time. Silly me, focus and just keep on swimming! Into T1 and then off onto the bike.

I took the first lap on the bike quite slow. The course is similar to a little chappies, so lots of uphill and then also winding fast downhills. The squally showers, as they refer to them here, had formed rivers that were coming down the road and there was a monster puddle at the turnaround. The number stickers on my helmet had been washed off, but I was determined to smile and get on with it 🙂 My new bike was amazing and I got more confident on the wet and slippery course as I went along.

Into T2 and off onto the run. I was feeling fine and was happy that it was raining and not the normal hot and humid Hong Kong summer. The run was pretty uneventful until the last 2 km. I was getting dizzy and lightheaded, something that I have never experienced before, so I had to slow down considerably 🙁 In retrospect I think it was a hydration problem, something I need to look into. Racing in humid, even if it does not feel humid, because it is raining, is so different to racing under the HOT African sun.

For me it was a very tough triathlon, so I was really pleased with my third place in my age group. Thank you Riana for all your hard work, advice, support and especially for always laughing when I have yet another muppet moment!!!!